Following a multidisciplinary approach, CALYPSO project brings together experts in observations, theory, and modelling to investigate the 3D transport of ocean properties at the fronts generated in the Alboran Sea.

WMOP-FORECAST generates daily real-time predictions which provide support to the planning of oceanographic campaigns. These predictions are also further downscaled to generate very high-resolution predictions of the MIT-MSEAS model.

WMOP-HINDCAST is a 8-year free-run simulation suitable to analyze the processes involved in the vertical displacements associated with the fronts, topography and other forcings. Model grid refinements (down to 400m) in two-way nested configurations are also applied over some specific periods of interest to evaluate the impact of the model resolution.

WMOP-REANALYSIS aims to reconstruct the most realistic fields over the periods of the CALYPSO campaigns through the retrospective assimilation of quality-controlled data obtained from gliders, drifters, CTDs and buoys deployed during these observational experiments.

These tools are used to characterize the variability of vertical velocities in the Alboran Sea, investigate the scale-dependency of associated 3-D pathways and identify the governing physical processes. The data-assimilative model is specifically used to support the temporal-spatial reconstruction of the glider surveys in the frontal areas. Finally, forecast experiments are performed to understand the predictability of these small-scale phenomena and improve the realism of model predictions so as to better support CALYPSO observational efforts.

You can access the SOCIB WMOP Webpage for the CALYPSO 2019 experiment here. 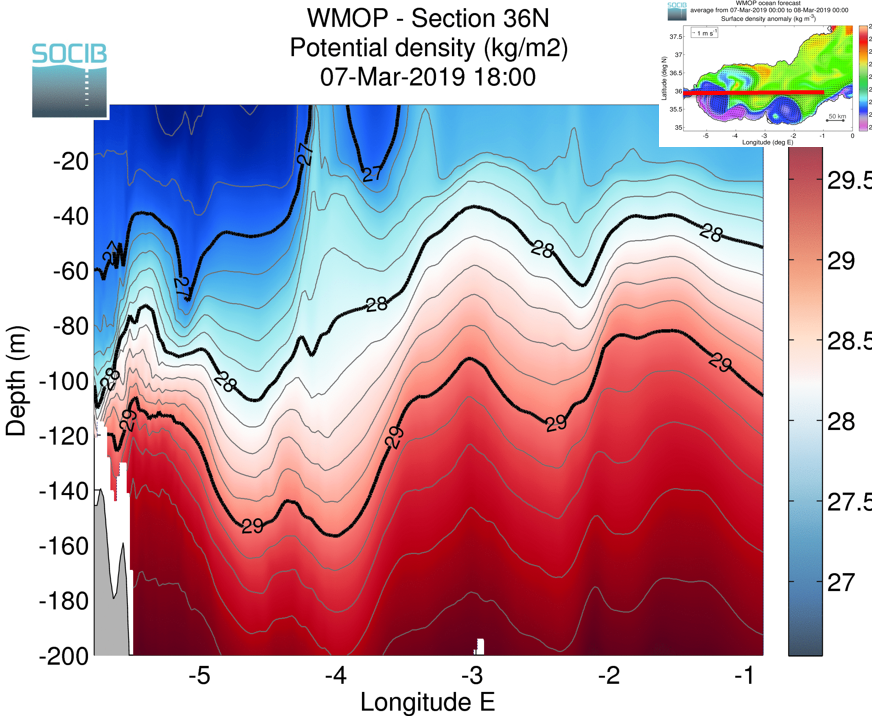 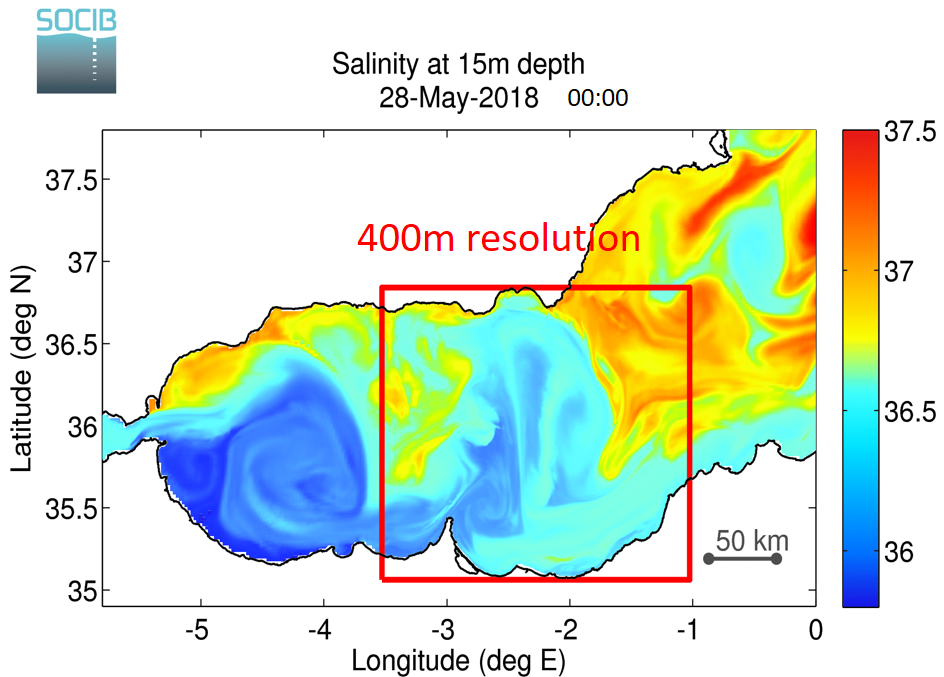 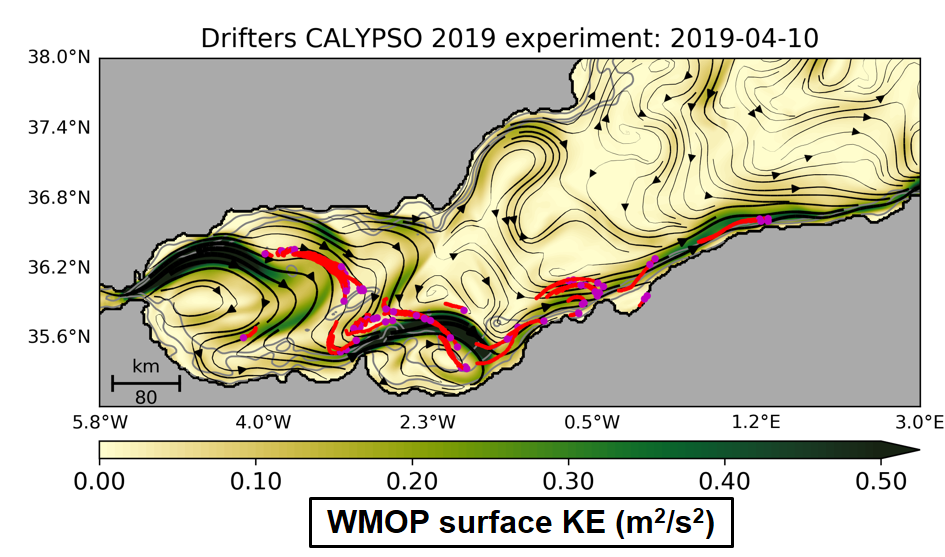